Apple has won the rights to “The Big Door Prize,” a half-hour comedy based on M.O. Walsh’s bestselling novel of the same name, reports Deadline. Apple was involved in a bidding war for the series, winning out over multiple other bidders. 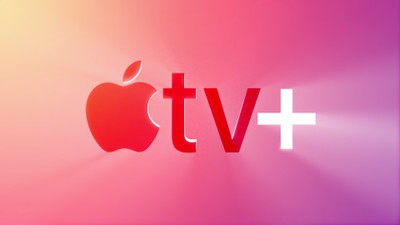 The project, headed up by “Schitt’s Creek” writer and executive producer David West Read, will consist of 10 half-hour episodes. Read is writing the adaptation and is set to serve as showrunner.

“The Big Door Prize” tells the story of the residents of a small town named Deerfield, who discover that there’s a magical, destiny predicting machine in their local grocery store. From the novel’s description:

What would you do if you knew your life’s potential? That’s the question facing the residents of Deerfield, Louisiana, when the DNAMIX machine appears in their local grocery store. It’s nothing to look at, really-it resembles a plain photo booth. But its promise is amazing: With just a quick swab of your cheek and two dollars, the device claims to use the science of DNA to tell you your life’s potential. With enough credibility to make the townspeople curious, soon the former teachers, nurses, and shopkeepers of Deerfield are abruptly changing course to pursue their destinies as magicians, cowboys, and athletes-including the novel’s main characters, Douglas Hubbard and his wife, Cherilyn, who both believed they were perfectly happy until they realized they could dream for more.

“The Big Door Prize” comes from Skydance Television, a company that’s also working with Apple on the upcoming Apple TV+ series “Foundation,” which is based on Isaac Asimov’s series of science fiction novels.