Apple plans to announce its long-rumored 14-inch and 16-inch MacBook Pro with Apple silicon at WWDC, taking place in less than five days, according to Wedbush analyst Daniel Ives. 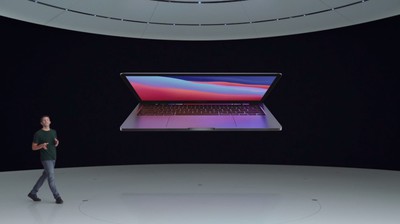 In a note to investors seen by MacRumors, Ives says alongside the normally expected announcement of new versions of iOS, iPadOS, macOS, watchOS, and tvOS, Apple is planning a “few surprises,” including the announcement of the new MacBook Pros. The analyst, who has made predictions regarding event announcements in the past, says the M1 Apple silicon chip will power the new MacBook Pros; however, that’s unlikely to be the case.

The upcoming MacBook Pros, which are already rumored to include several new changes such as the removal of the Touch Bar, a more flat-edged design, the return of the HDMI port, an SD card slot, and MagSafe magnetic charging, are likely to feature a more powerful iteration of the ‌M1‌ chip, or even possibly M2. Apple announced the ‌M1‌ chip last November, and since its initial debut in the low-end MacBook Pro, MacBook Air, and Mac mini, the chip has expanded to a new 24-inch iMac and the iPad Pro.

The new MacBook Pros, which reliable Bloomberg journalist Mark Gurman believes could be announced as early as this summer, will be the highest-end Macs featuring Apple silicon to date. Apple formally announced its transition to its own silicon at WWDC last year, stating it would take a total of two years. Apple leaker Jon Prosser also believes that the new MacBook Pros, presumably the new 14-inch and updated 16-inch models, will launch at WWDC.

In his note today, Ives also reiterated previously reported predictions, including Wedbush’s belief that the upcoming iPhone 13 lineup will feature 1TB storage capacity options, double the current highest 512GB models. In addition, the analyst also reaffirmed the belief that Apple plans to announce its AR glasses being dubbed “Apple Glasses” at WWDC in 2022, followed by the Apple Car in 2024.