Mozilla today announced the public release of Firefox 89 for macOS with a redesigned and modernized core browsing experience. 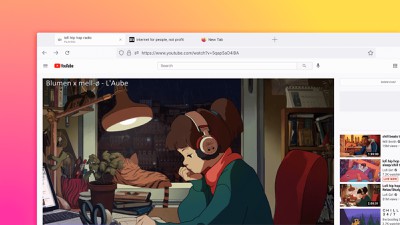 The latest version of the browser features a simplified toolbar with less frequently used items removed, allowing the focus to be on the most important navigation items. Menus and prompts have also been streamlined across Firefox to have cleaner designs and clearer language. The more consistent styling extends to many other elements of the browser.

Firefox 89 also features floating tabs that contain information and other cues when you need them, like visual indicators for audio controls.

For macOS users, Firefox 89 now features the familiar “elastic” scrolling effect utilized in many other applications. A gentle bouncing animation will indicate that you reached the end of the page while scrolling.

Another feature added for macOS users is support for multi-touch “smart zoom.” Users can double tap with two fingers on the trackpad, or with a single finger on the Magic Mouse, to zoom the content beneath the cursor into focus. This multi-touch gesture has long been supported by Apple’s default Safari browser as well as Google Chrome.

Firefox 89 contextual menus are now native on macOS and support Dark Mode too.

The complete Firefox 89 release notes can be found on the Mozilla website.