Intel continues to throw shade at Apple, oddly aiming at the Intel-based MacBook Pro, but this time using gaming as a cudgel to try and prove Windows-based products are better than Apple’s offerings.

Apple is on a two-year transition away from Intel in favor of using its own Apple Silicon chips in Macs, and its initial M1 releases easily demonstrates Apple is doing things right. However, Intel is still quite unhappy about the break-up, as a presentation to members of the media revealed.

The presentation about Intel’s 11th-generation H-series notebook processors, which also took shots against AMD and ARM, saved most of its negativity for Apple, according to PC Gamer. Chiefly, it used gaming as its main weapon against Apple, proclaiming Intel notebooks offer a “better gaming experience than 100% of Mac Laptops.”

Intel then went on to offer data on the matter, including claims over half of “today’s most popular games” are not supported on macOS itself. This attack is a little misguided for Intel, as Intel-based Macs running macOS still exist, and they cannot run games like Grand Theft Auto V or Cyberpunk 2077 natively either.

Emulation was also mentioned but shown to be ineffective with a demonstration of Valheim poorly running on Parallels on a Mac.

A later slide then proudly declared that Intel’s 11th-generation Core i5 H-series offers “better gaming performance” than the “most powerful MacBook Pro.” A chart is then provided showing a variety of games running better on an “Intel Branded System” than on a 16-inch MacBook Pro. 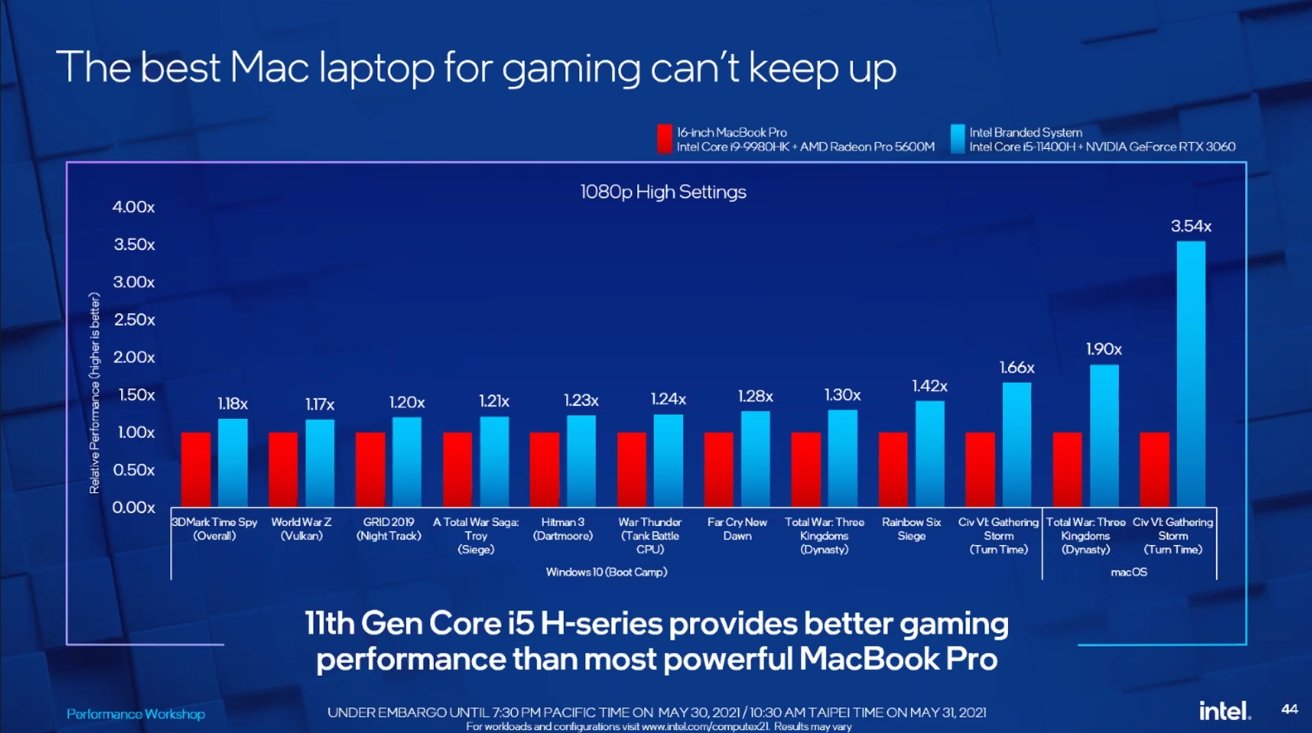 Intel compared an Intel-based MacBook Pro using year-old hardware against its own creation.

Oddly for such a graph, Intel directly compares year-old MacBook Pro with a Core i9-9980HK and the AMD Radeon Pro 5600M against its brand new system, which uses the Core i5 11400H and the Nvidia Geforce RTX 3060. Naturally, all of the Intel system results are faster than the MacBook Pro’s, due to using a brand new processor and a much more powerful graphics card. 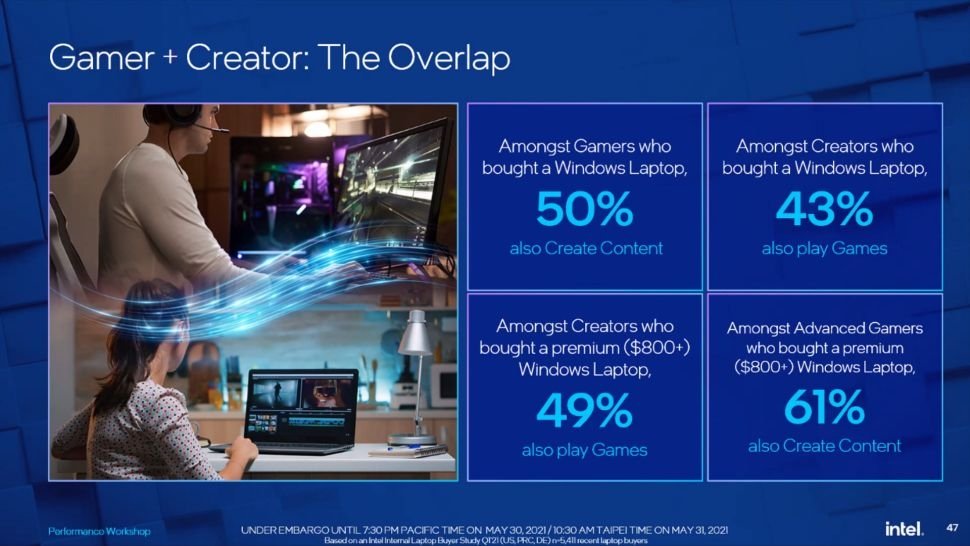 The published presentation slides oddly don’t mention Apple Silicon at all, and keep any comparisons between Intel-based systems. In early AppleInsider tests in November, the M1 was shown to stand up very well against its Intel-based Mac counterparts, both in processor-based and GPU-based tests.

This hasn’t stopped Intel from taking on Apple Silicon since the start of 2021, in a variety of ways.

Meanwhile, Intel has used the MacBook Pro to promote its own chips, as it did in April.

Intel CEO Pat Gelsinger has also directed his ire towards Apple. Gelsinger told Intel employees in January that “we have to deliver better products to the PC ecosystem than any possible thing that a lifestyle company in Cupertino makes.”