Is time travel real? People are flipping out over this 1860 painting that appears to show an iPhone

This time next week, Apple will be hosting its annual developer conference — WWDC, which is always one of the most anticipated technology industry events of the year. Among other things, Apple will show off the next generation of the operating software that powers its family of products including the iPhone, iPad, Mac, Apple Watch, Apple TV, and much more. And even though this will be a virtual event once again because of the coronavirus pandemic, the content of the conference as well as the volume of reportage from the scores of journalists and media outlets tuning in to cover the event will make clear just how central Apple’s products are to so many people’s lives.

In fact, the iPhone is baked so deeply into so many people’s daily existence and understanding of the world, that … well, let’s just say that people sometimes imagine the handset to have shown up in places where the otherwise ubiquitous smartphone shouldn’t. Like images of the iPhone supposedly being visible in multiple centuries-old paintings.

Take a look, for example, at the image at the top of this post. Titled The Expected One, it’s a painting by 19th-century Austrian artist Ferdinand Georg Waldmüller, and it garnered some Internet virality a few years ago thanks to the fact that it looks, from a distance, as though the girl appears to be holding… is that… an iPhone?

Before we answer, let’s take a look at another painting that attracted a similar bit of scrutiny, even once catching the attention of Apple CEO Tim Cook himself:

Focus on what the person on the far right in that image is holding in their hand — it sure looks like an iPhone, doesn’t it? In fact, what this person is holding in artist Pieter de Hooch’s more than 350-year-old painting Man Handing a Letter to a Woman in the Entrance Hall of a House even threw Cook briefly for a loop when he saw this painting in a museum during a trip to Amsterdam. “Do you happen to know, Tim, where and when the iPhone was invented?” former European Commissioner Neelie Kroes asked Cook during a question-and-answer session at the time, according to CNBC.

“You know, I thought I knew until last night,” Cook said in reply, referencing the painting above. “There was an iPhone in one of the paintings. It’s tough to see, but I swear it’s there.”

According to some authoritative sources, of course, it’s not an iPhone that these people are holding above but rather, in the case of The Expected One, a religious tract of some kind such as a hymn book. In the Pieter de Hooch painting, the answer would seem to be right there in the title of the painting (a letter). Having said that, of course, it’s nevertheless so revealing about the modern world that technology is ingrained so deeply into our lives that we’re starting to imagine we see traces of it even in the world of long ago. Go figure. 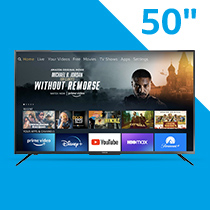