Apple supplier Global Lighting Technologies will begin shipments of keyboard-related components for next-generation MacBook Pro models in the third quarter of 2021, according to DigiTimes, which cited industry sources. 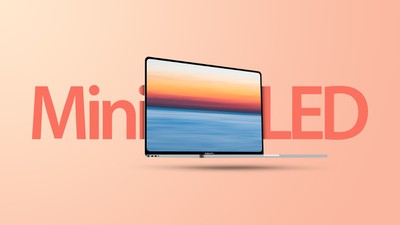 The industry sources indicated that Apple is likely to release new 14-inch and 16-inch MacBook Pro models with mini-LED displays in the second half of 2021, followed by more devices with mini-LED backlighting in 2022.

Apple is rumored to be planning new 14-inch and 16-inch MacBook Pro models, each with a mini-LED display and an improved iteration of the M1 chip. The notebooks are expected to feature a new design with a flatter top and bottom and more ports, including the return of an HDMI port, SD card slot, and a magnetic power cable. Rumors also suggest the Touch Bar will be retired in favor of physical Fn keys.

In line with the new iPad Pro, mini-LED backlighting would allow for higher brightness and improved contrast ratio on the new MacBook Pro models.

This post has been updated following publication of the full DigiTimes story.