Signify has launched a major redesign to its mobile Philips Hue app to expand functionality and ease of use as well as response time, and we got to take the app for an early spin ahead of the launch.

The all-new home screen of the Hue app shows all of your rooms and zones which you can reorganize by simply holding and dragging. You can still control the brightness of the entire room or turn the room on or off right from this view.

Some users of the Hue system require multiple bridges — whether they are bumping up against the device limit for one bridge or they need one in a different location. With V4 of the Hue app, users of multiple bridges will see a new bridge icon in the top-left corner to easily jump between any bridges they have set up.

Aside from the Home tab, there is a new automation tab as well as “Explore” and “Settings” tabs.

Tapping on a room gives you the best visual of the redesigned app. Users can see their scenes as well as their lights all in one place.

Overall room controls remain on the top where you can adjust the whole-room brightness and toggle them on or off. Below are your scenes, followed by individual lights. With all of your scenes is also a shortcut to the scene gallery. 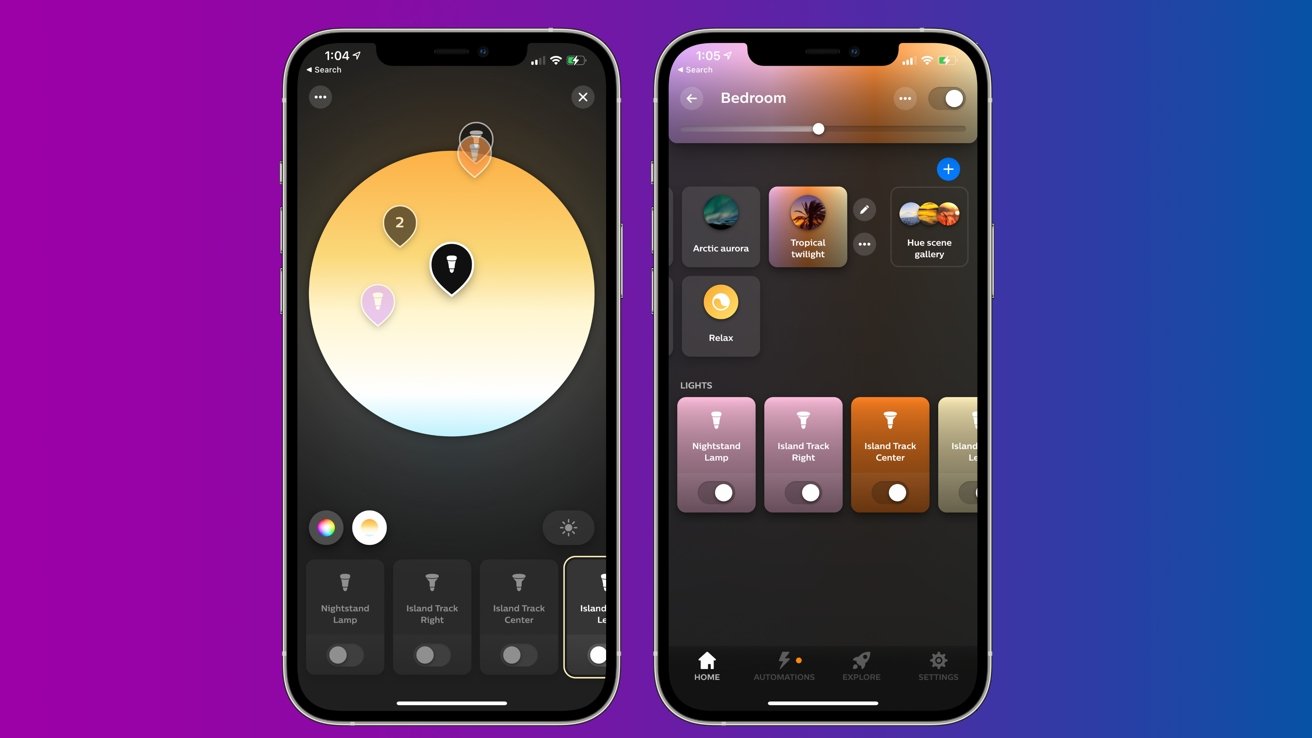 Signify has included several new professionally chosen scenes with this update. It says these scenes allow users to “experience the richness of Hue without having to do much themselves.” Users still have the ability to upload their own photos and the revamped color extractor is better than ever to allow lights to capture the feeling of the image.

Version 4.0 is much faster and responsive. Everything from the bridge, to the lights, to the cloud has seen that boost. As we press a wall switch or control our lights with Siri, the Hue app would show the change in the UI in near-real-time.

Part of that is driven by a new required firmware update for the V2 Hue Bridge. Before the update, we’d often see delays in the Hue app by up to 30 seconds but V4.0 is vastly improved.

For this update, Signify is ridding itself of “routines” and renaming them “automations.” Automations is a more common term in the smart home world and unlocks more potential compared to simply routines.

Everything is now available in one tab rather than split among multiple views. You can see all of your automations that you created, and yes — Hue Labs is there as well for those using experimental features. 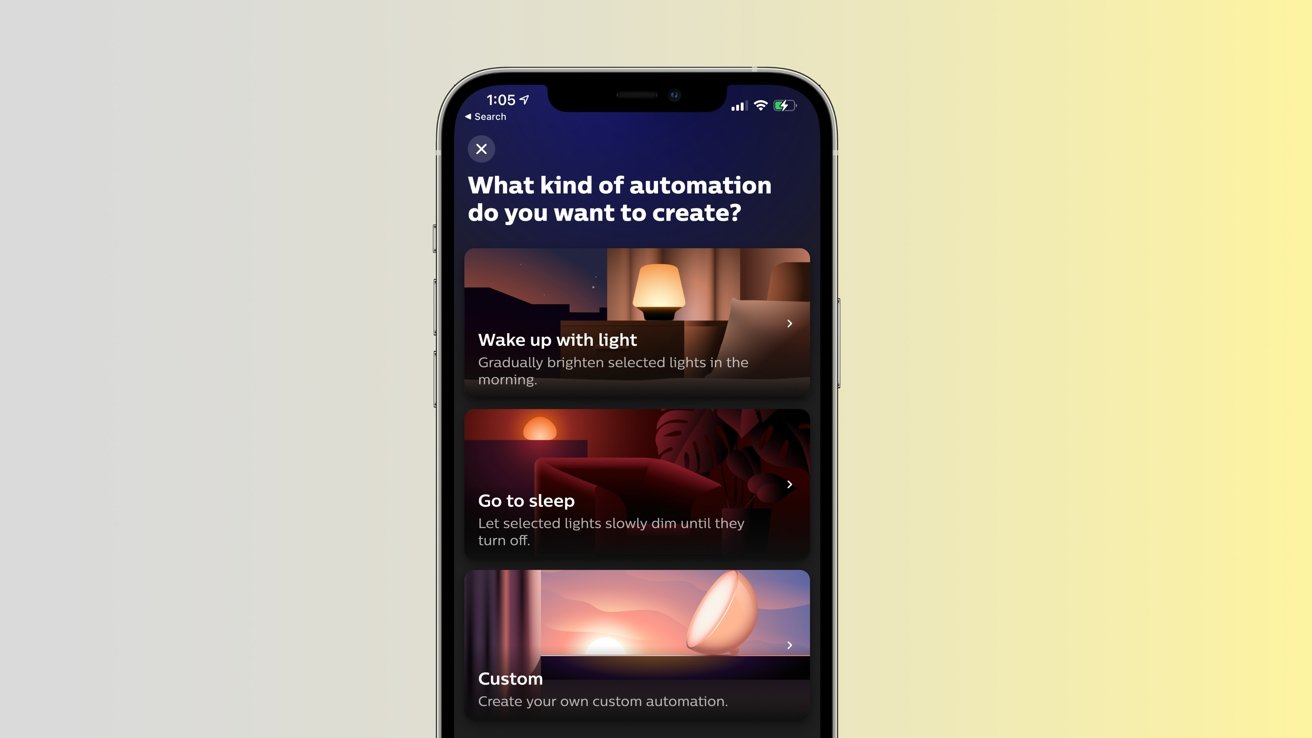 When creating automations, there is now more user guidance. The app breaks out different types of automations and gives an explanation of what they are. Pre-built automations are more intelligent as well. For example, the morning scene will auto-populate with a 6:30 AM beginning time on weekday mornings with a clear indicator that it repeats.

Automations can also now turn off at a set time. Continuing the morning example, we can create an automation rule that the lights slowly brighten each weekday morning at 6:30 with full brightness by 7 AM but then will automatically turn off by 7:45. That way we don’t have to worry about hitting a switch or turning the lights off. It just happens automatically.

Users are now able to mix sunrise or sunset commands with off commands. So instead of your porch lights coming on at sundown and off at sunrise, they can turn on just before sundown and then turn off at midnight, usually the point where you’ll not be expecting guests.

Finally, Signify has improved multi-user support. Prior to the update, if you left your house while your partner was home it could turn off the lights. But they’d be left in the dark. Version 4.0 solves this by checking to see if anyone else is home first. Only if the house is empty — based on users of the Hue app — will it turn the lights off. Similarly when arriving home. If your wife has arrived home before you, her “arrive home” scene will be triggered for her but yours will not.

During its press event, Signify executives did tease an upcoming new feature that isn’t quite ready yet called dynamic scenes. Dynamic scenes will intelligently cycle through the lights in your scene to help bring them to life. Look for that to arrive soon in a future Hue app update.

The updated Philips Hue app is available to download now. It is a free app for both iPhone as well as iPad. Signify says it is a staggered rollout so if you don’t see the update right away it may take a couple of days — or you can try to force it by deleting the app from your device and re-download it.